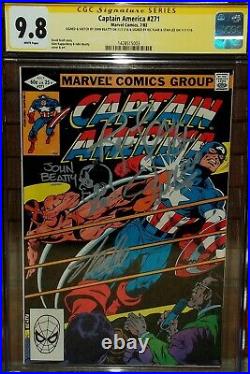 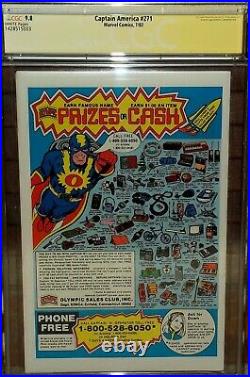 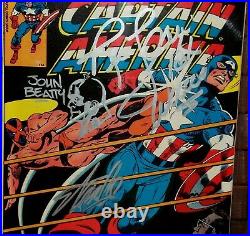 A 1-of-a-kind item, you will never see anything like this again! Captain America #271 CGC 9.8 Signed by Stan Lee, Ric Flair & signed/sketched by John Beatty with a Captain America head. I saw Wrestling legend Ric Flair & Comic legend Stan Lee were going to be at the same comic convention, so I found a Marvel Comic with a wrestling theme to get signed by both! And to top that off, it is signed & remarked by contributing artist John Beatty.

The seller is "highend_autographs" and is located in Dunlap, Tennessee. This item can be shipped to United States, Philippines, Cayman islands, Canada.