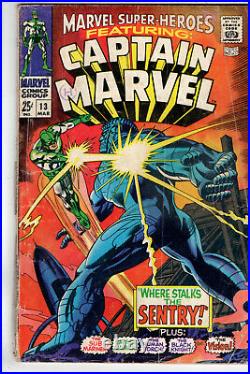 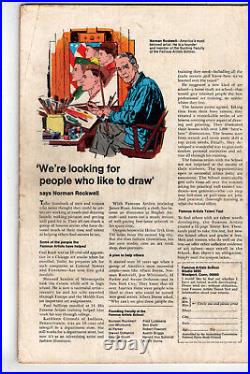 Captain Marvel stars in Where Stalks the Sentry! Script by Roy Thomas, pencils by Gene Colan, inks by Paul Reinman.

The story continues in Captain Marvel 1 (1968). The remainder of the issue consists of Golden Age reprints: the Black Knight by Joe Maneely (1955), the Human Torch by Dick Ayers Fugitive at Large! ; 1954; the Vision (1941); Captain America by John Romita Sr.

"; 1953; and the Sub-Mariner by Bill Everett "Invasion! Letter to the editor from comic artist Dave Cockrum. 1st Carol Danvers pre Ms. This volume is grade 2.0.

Since we value our customers so much, we NEVER use "stock photos". Be sure to add yourself to our store eNewsletter. Your privacy is important to us and as such we do not share or sell any customer information!

All items will be marked as "merchandise ". This item is in the category "Collectibles\Comic Books & Memorabilia\Comics\Comics & Graphic Novels". The seller is "css1016" and is located in this country: US. This item can be shipped worldwide.